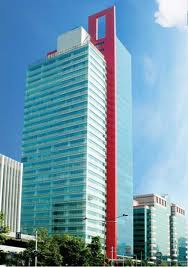 Hikvision is the world’s leading provider of innovative security products and solutions.

Hikvision now has more than 34,000 employees, over 16,000 of which are R&D engineers. The company annually invests 7 – 8% of its annual sales revenue to research and development for continued product innovation. Hikvision has established a complete, multi-level R&D system that includes every operation from research to design, development, testing, technical support, and service. Centered at its Hangzhou headquarters, the R&D teams operate globally, including R&D centers in Montreal, Canada and London in the UK, as well as five cities in China.

Hikvision advances the core technologies of audio and video encoding, video image processing, and related data storage, as well as forward-looking technologies such as cloud computing, big data, and deep learning. Over the past several years, Hikvision deepened its knowledge and experience in meeting customer needs in various vertical markets, including public security, transportation, education, healthcare, financial institutions, and energy, as well as intelligent buildings. Accordingly, the company provides professional and customized solutions to meet diverse market requirements. In addition to the video surveillance industry, Hikvision extended its business to smart home tech, industrial automation, and automotive electronics industries — all based on video intelligence technology — to explore channels for sustaining long-term development.

Hikvision has established one of the most extensive marketing networks in the industry, comprising 44 overseas regional subsidiaries, to ensure quick responses to the needs of customers, users and partners. Hikvision products serve a diverse set of vertical markets covering more than 150 countries, such as the Philadelphia Recreation center in the USA, the safe city project in Seoul, South Korea, Dun Laoghaire Harbour in Ireland, and the Bank of India, to name just a few.

Hikvision went public in May, 2010, and is listed on SMEs Board at Shenzhen Stock Exchange.

Hangzhou Hikvision Digital Technology Co., Ltd. (hereinafter referred to as the “Company” or “Hikvision”) was established in November 2001, founded with 49% foreign capital. The company was officially listed on Small and Medium Enterprise Board (SME Board) in China Shenzhen Stock Exchange on May 28, 2010 (002415.SZ). As of September 16, 2016, Hikvision has a market capitalization of more than $20 billion USD, more than 18,000 employees and 40 wholly-owned subsidiaries or shareholding companies worldwide.

As an independent and publicly traded corporation, Hikvision has a diverse set of private and public shareholders. As of June 30, 2016, 41.88% of Hikvision’s shares are jointly owned by China Electronics Technology HIK Group Co., Ltd. (CETHIK) and CETC No. 52 Research Institute, both are part of CETC, a state-owned enterprise; 18.28% is privately owned by Mr. Kung Hung Ka (a Hong Kong permanent resident); 8.48% is owned by the company’s founders and executives; and the remaining 31.36% is owned by A-shares investors; International institutional investors such as UBS AG and JP Morgan are among Hikvision’s top 10 shareholders. Currently, Hikvision’s Board of Directors consists of eight directors, three of whom are independent directors. Five non-independent directors include Mr. Chen Zongnian and Mr. Liu Xiang designated by CETHIK and CETC No. 52 Research Institute; Mr. Kung Hung Ka, the founding shareholder; and, Mr. Hu Yangzhong and Mr. Wu Weiqi on behalf of the Company’s senior management team. The three independent directors are Mr. Cheng Tien-Chong, former president of Hewlett-Packard China, president of Texas Instruments Asia Pacific, and vice president of Hon Hai Precision Industry Co. in Taiwan; Mr. Wang Zhidong, founder of SINA Corporation listed on NASDAQ; and Mr. Lu Jianzhong, a former partner at PricewaterhouseCoopers.

Hikvision carries out its daily operation strictly in accordance with the applicable laws and commercial-oriented principles. Shareholders Meetings, Board Meetings and Supervisory Meetings, which form the Company’s corporate governance structure, are operated according to the Articles of Association and Internal Rules of Procedures.

Hikvision provides video surveillance products and vertical market solutions in the global market, through more than 2,400 partners in 155 countries and regions. In mainland China, Hikvision now partners with more than 40,000 distributors, system integrators and installers. The Company’s products and solutions have been widely deployed in a number of vertical markets and in notable facilities around the world including the Beijing Olympic Stadium, Shanghai Expo, Philadelphia Safe Communities in the U.S., South Korea Seoul Safe City, Brazil World Cup Stadium, the Italy Linate Airport, and many others.

Hikvision is dedicated to providing global resources and locally-based technical, engineering, sales and service supports to its valued customers around the world. In Hikvision’s oversea sales team, about 90% of the employees are local residents; for example, Hikvision European has about 210 employees, among which, over 190 are locals.

3．Hikvision is committed to R&D and innovation

Hikvision has hired Deloitte as the 2016 financial report auditor.

In February 2016, Hikvision issued €400 million Euro bonds with A-, A- and A3 rated by the international credit rating agencies of Fitch, S&P and Moody’s.